This is grave number 3B-123. These ‘areas of interest’ are marked on the entry signs in the cemetery. 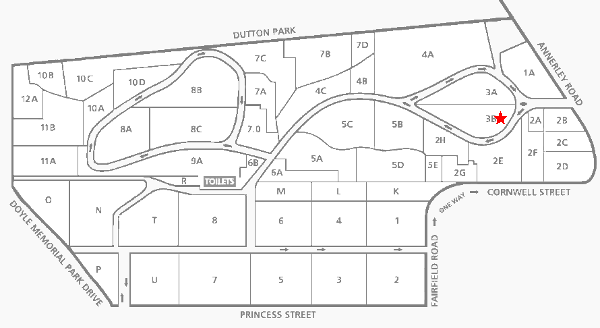 This tall column in a large family plot contains the grave of Robert Shipp (1861-1935), who was born in Warwickshire, England, and arrived in Brisbane with his family on the Young Australia in 1862, at the age of one year. Robert married Margaret Taylor Barclay (1861-1902) in Brisbane in 1881. They had nine children together.

Robert was the sexton (cemetery caretaker) at the South Brisbane Cemetery from about 1887 until the 1930s, and the family lived in the onsite caretaker’s cottage. It was his job to oversee grave digging, attend funerals to offer assistance if required, affix number pegs to each grave, maintain the burial register, lock the gates, keep the grounds and paths in good order, and receive burial fees.