This is grave number 3B-136. These ‘areas of interest’ are marked on the entry signs in the cemetery. 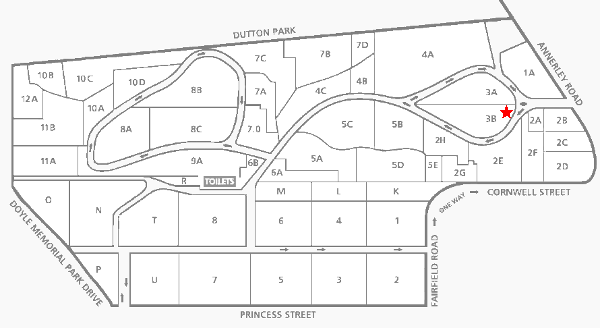 Wilhelmina Dorothea Maria Rowe (nee Effey) (c. 1831-1901) left Victoria as a single mother and came to Queensland with her children where she married Francis George Rowe in 1885 (and so became Minna Rowe). She established and ran the highly successful Rowes Café which was originally situated in Queen Street.

After her death, her son William Effey continued the catering establishment and moved the café to a new address in 1903. He signed a 10-year lease in the Rowes Building (235 Edward Street, Brisbane) which was for the basement, ground floor and first floor balcony. By 1909 the dining room on the ground floor had seating for 380 guests. William Effey purchased the building in 1914 and it is now listed on the State Heritage Register.

The monument on the grave features a remarkably lifelike sculpture of Minna’s face.