This is grave number 3B-114. These ‘areas of interest’ are marked on the entry signs in the cemetery. 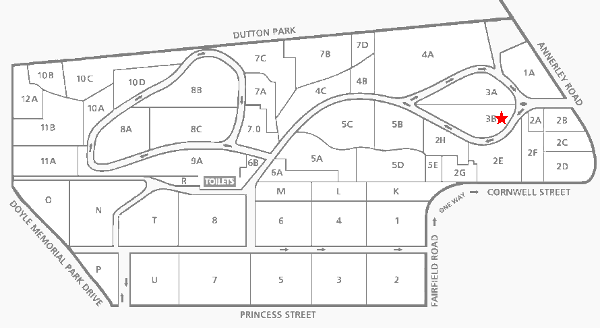 There are many German immigrants interred within the South Brisbane Cemetery. Among them are the Sailer family, who owned Wurtemburg Farm at Rocklea, which in the mid-late 19th century was part of the rural ‘Boggo’ district that extended from Fairfield to Oxley. Many German immigrants settled in the small farms in this area around that time. Among these were Gottfried Friedrich Sailer (1821-84), his wife Christina Friedericke (1826-1903) and their several children. Gottfried and Christina were originally from Grossbottwar, Württemberg, and married in 1857. They emigrated to Queensland in 1861.

Several of their children and grandchildren are also buried in the South Brisbane Cemetery. Most of the children in the family married within the local German community, and the family tree is replete with such surnames as Wriede, Shreiwers, Schepp, Schmalz and Nuhn.