This is grave number 2F-18. These ‘areas of interest’ are marked on the entry signs in the cemetery. 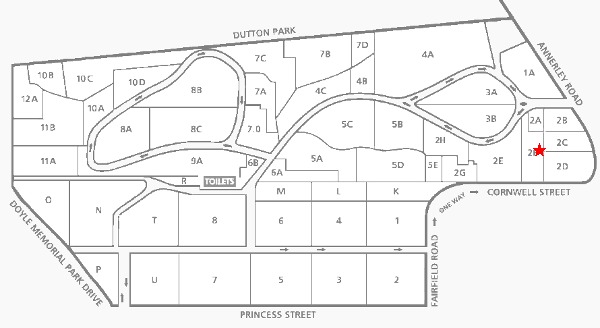 Selina Brown (1873-90) was the daughter of William and Selina (nee Lovell). William Brown was the proprietor of the Plough Inn, Stanley Street, South Brisbane.

One morning in March 1890, when big floods hit Brisbane, Selina was helping to fix the furniture that had floated out into the backyard and to put smaller items out of reach of the rising flood waters. Later she was swimming in the yard with a young man called Herbert Morgan, but got into trouble when she went under the water and he failed to save her. She was recovered from the water and taken to a house where they tried in vain to revive her. Two doctors arrived soon afterwards and did all they could to restore life but without success.

The cause of death was drowning. Despite false stories that there was some kind of play involved with her death, there were no marks of violence on the body. This fact was stated by Dr Webb at the subsequent Magisterial Inquiry. At least five people died during these devastating floods, and hundreds were made homeless.