This is grave number 10A-2. These ‘areas of interest’ are marked on the entry signs in the cemetery. 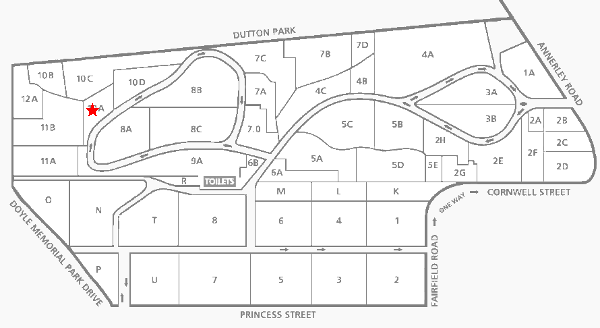 Thomas Blacket Stephens (1819-77) was born in Rochdale, England, and arrived in Sydney in 1849. He established himself as a wool broker there and moved north to Brisbane in 1853 before setting up a successful wool-scouring and export business. In 1856 he married Ann Connah (1837-1904) with whom he had 12 children.

Thomas was the proprietor of the Moreton Bay Courier newspaper during 1859-69 and renamed it the Brisbane Courier. He also founded the Queenslander newspaper. In 1858 he was elected to the new Brisbane Municipal Council and became Brisbane’s second mayor in 1862.

During 1863-75 he was the member for South Brisbane in the Queensland Legislative Assembly, during which time he served as Colonial Treasurer (1867-70), Colonial Secretary, Postmaster-General, and Secretary of Public Lands (1874-75). He was also Vice-Chairman of the Queensland Board of Education in 1873. After serving a Member of the Legislative Council 1876-77, Thomas Stephens died of cholera on 26 September 1877.

A well-respected man, his funeral was one of the largest ever seen in this cemetery. Other family members are also interred in this large plot.

The large obelisk here is one of many in the cemetery and reflects the 19th-century ‘Egyptian‘ trend in Neoclassical architecture. They tended to be used mainly by non-Catholics (who favoured more Gothic and overtly Christian forms). Blacket Stephens was a Baptist.