This is grave number 8A-186/187. These ‘areas of interest’ are marked on the entry signs in the cemetery. 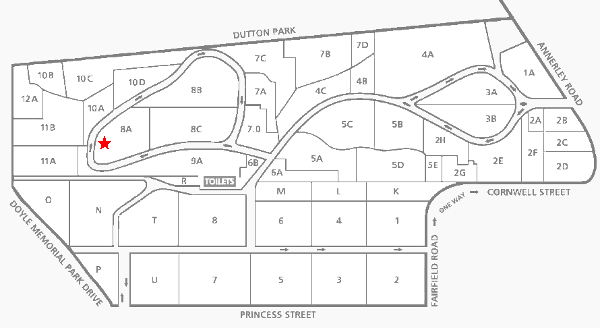 These deaths had little to do with poverty, as the family were quite middle class. Samuel wrote for a number of newspapers before working for the government Hansard staff from 1884 until his death in 1921, which was caused by heart attack (they had married in 1883). Sarah’s father, Robert Bulcock, was a Queensland MLA. Sarah lived on Lamington Terrace, Dutton Park, for the rest of her life. She became blind in 1925, but apparently bore this with ‘great fortitude’ and spent much of her time knitting for returned soldiers. She died in 1941, survived by three daughters and one son, and her cremated remains were placed in the family grave in portion 8A.

Their headstone is one of several in the South Brisbane Cemetery that bear witness to the unimaginable tragedy that many families of that time had to endure.