This is grave number 11A-304. These ‘areas of interest’ are marked on the entry signs in the cemetery. 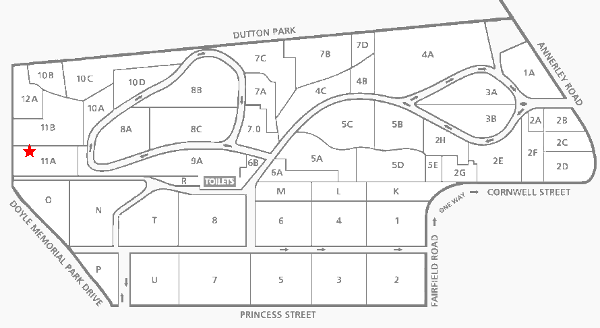 Captain Henry O’Reilly was born in Dublin in 1824 and emigrated to Sydney in 1853, where he captained a number of Australasian United Steam Navigation Company ships before taking command of the Brisbane branch of the A.U.S.N. agency in 1864. He died in 1877 at his ‘Toonarbin’ home in Hill End after a long struggle with cancer. The attendance at his funeral was described as ‘one of the largest and most respectable that has ever been witnessed’ in Brisbane.

O’Reilly’s sandstone monument, with prime riverside views, is one of the most impressive in the cemetery. It features different motifs associated with the maritime industry, including flags, an anchor, and a large funnel atop the monument with a rope around the base.