This is grave number T446-C. These ‘areas of interest’ are marked on the entry signs in the cemetery. 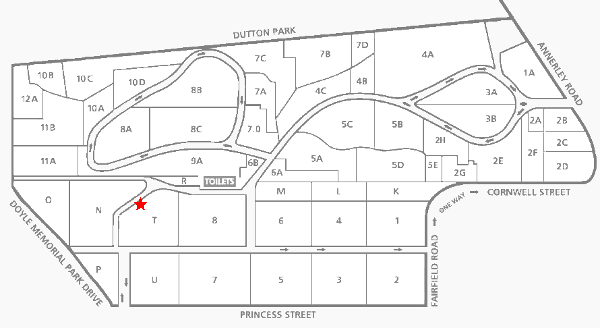 Young Gregory Thomas Brown (1938-47) of Annerley was among the 16 people killed when a Labour Day picnic train, carrying about 500 passengers, crashed near Camp Mountain in May 1947. A further 38 people were injured. It remains Queensland’s worst rail disaster.

The train had been chartered by the Customs and Excise Social Club in Brisbane and was heading to a picnic ground at Closeburn when it came off the rails while travelling too fast on a curve in the track. Nine-year old Gregory was the youngest victim.