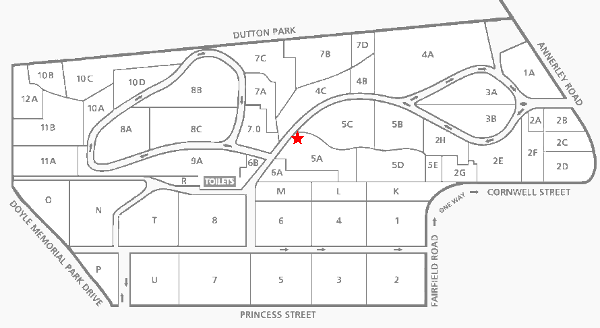 South Brisbane has long been an important centre for the waves of Russian emigrants arriving in Queensland since the 19th century, making Brisbane ‘Australia’s most Russian city’). A large number arrived from the Far East following Russian defeat in the Russo-Japanese War of 1905. The Australian Government declared an embargo on Russian emigrants following the 1917 Bolshevik Revolution, and the lifting of that embargo in 1922 resulted in the largest-ever influx of Russians into Queensland.

There are many Russian people interred in this cemetery, and their graves usually stand out because of their distinctive Russian Orthodox crosses. This is a variation of the Christian cross dating from the 6th-century Byzantine Empire and introduced before the break between Catholic and Orthodox churches. The cross has three horizontal crossbeams – the top one represents a crucifixion nameplate and the bottom one a footrest.

While these crosses can be found scattered throughout this cemetery, in places like Mt Gravatt Cemetery they are clustered together in segregated religious sections and form a spectacular sight.

Buried in this grave here are Yefin and Paraskiva Shishkoff. The text beneath their photographs reads, ‘sleep peacefully mum and dad, grandmother and grandfather’.