This is grave number 6B-36A. These ‘areas of interest’ are marked on the entry signs in the cemetery. 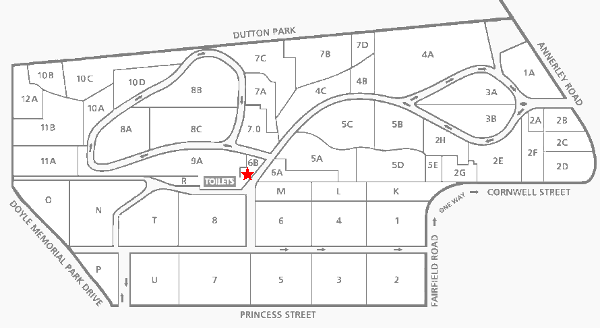 Patrick Kenniff was hanged at H.M Brisbane Prison, Boggo Road, in 1903 for the murder of a station manager and a policeman. Kenniff had been charged with the crime alongside his brother James, who was also found guilty but had his death sentence commuted. The brutal murders (in the Mitchell district), the long hunt for the suspects, the trial, the appeal and the execution were all front-page news. The case became politically charged, with the Kenniffs having the sympathy of many working-class people. Huge pro-Kenniff rallies and benefit concerts were held in Brisbane, but the cause was lost.

His funeral procession was reported to consist of 60 vehicles, 26 flower wreaths and 400 people on foot. By the time the cortege reached the cemetery the attendance was estimated at more than 1,000 people. It was the largest funeral of an executed prisoner even seen in Queensland. His grave, in portion 6B, is today marked with a cross. He is often misleading referred to as a ‘bushranger’, although he did not fit the definition of one.