This is grave number 3B-103. These ‘areas of interest’ are marked on the entry signs in the cemetery. 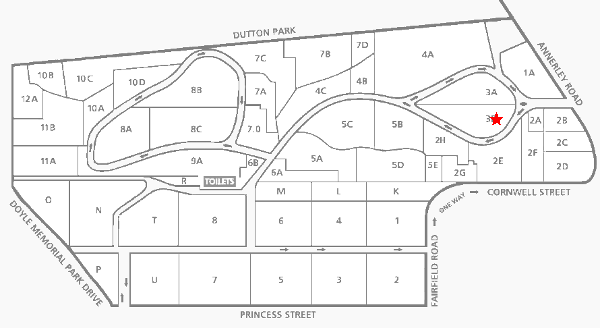 The Rev. Thomas Mowbray (1812-67) was born in Hamilton, Scotland, and arrived in Australia shortly after marrying Williamina Anderson (1818-90) in 1841. They moved to Brisbane in 1847 and he went on to be called the ‘Father of Presbyterianism in Queensland’, opening Brisbane’s first Presbyterian Church for public worship in 1851 in South Brisbane. In the late 1840s the couple purchased 11 acres of riverfront land, which is now the site of Mowbray Park, East Brisbane. Such was their local influence that the suburb of East Brisbane was once known as Mowbraytown.

In the 1880s, Williamina donated part of their land for the construction of the Mowbraytown Presbyterian Church, which still stands today as a heritage-listed structure.

Thomas and Williamina had nine children together. He was originally interred at the Paddington Cemetery (aka the ‘North Brisbane Burial Grounds’) – now the site of Lang Park – and was re-interred in the South Brisbane Cemetery in 1890 upon the death of Williamina.