This is grave number 1-339. These ‘areas of interest’ are marked on the entry signs in the cemetery. 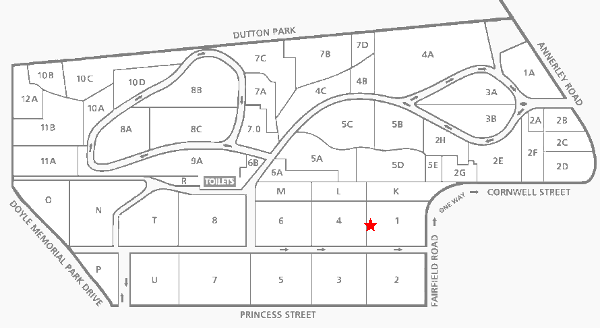 Miss Marjorie Frances Grimes (1896-1956) of ‘Tarragindi’, South Brisbane, was the grand-daughter of local early farmer William Grimes of Fairfield. The Grimes became a prominent political family and were central figures in the history of the local area.

Marjorie was instrumental in the formation of the Girl Guide organisation in Queensland. In November 1919 she became the honorary secretary of the committee to establish the Girl Guide Movement in Brisbane. Marjorie was the leader of the Tarragindi Girl Scouts (formed 1915), which then became one of the first registered companies to the new state organisation in 1920.