This is grave number 9A-397. These ‘areas of interest’ are marked on the entry signs in the cemetery. 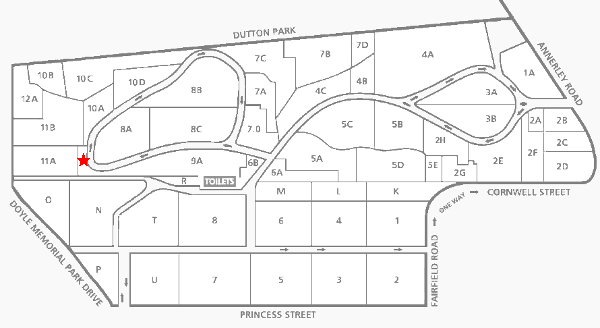 Born in 1874, Joseph moved to Brisbane from London as a child. He later studied medicine in Edinburgh but returned to Brisbane in 1899 and took part in the Boer War. He served as a Captain in the Army Medical Corps and was decorated for his courage. Upon his return to Queensland Joseph was appointed Government Medical Officer, a position he held until 1930. In 1906 he married Anna Walker, with whom he had four children.

Joseph re-joined the Army Medical Corps during World War 1. He served at Gallipoli in 1915 and was hit by shrapnel while retrieving wounded men from the battlefield, but returned to the front lines a couple of months later. He then served during the Battle of the Somme in 1916. By the end of the war he had been promoted to Lieut.-Colonel and awarded the Military Cross and the Distinguished Service Order. Back in Brisbane, he served as President of the Queensland branch of the Australian Medical Association and also the Queensland Club. Sadly, he committed suicide in 1930 for reasons which remain unknown.

It is possible that the distinctive granite slabs that can be seen on his grave and those of nearby family members were designed by his brother Robin Dods, a noted architect of the time.