These are portions 2 and 3. These ‘areas of interest’ are marked on the entry signs in the cemetery. 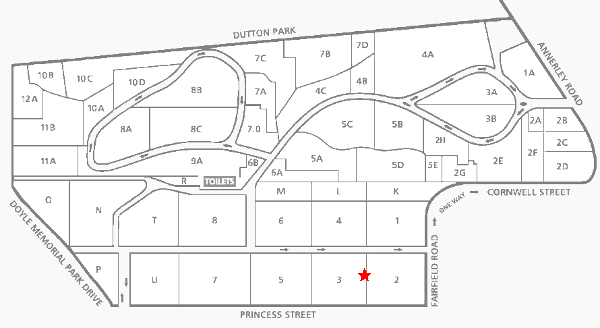 This area features a large number of Irish graves. There was a cultural tradition of Irish immigrants being buried near their own kin and kind, so they often bought plots near each other. The late 19th and early 20th century was a very sectarian age, set against background of nationalist struggle and the ‘Celtic Revival’ of Irish literature and art. There were a number of Irish social organisations in Brisbane, and their cultural pride was expressed even in death, with many grave monuments in the form of Celtic crosses (also known as Irish crosses). This cross was said to have originated when St Patrick was preaching to a group of pagans and was shown one of their sacred standing stones marked with a circle. Patrick marked a cross through the circle and then blessed the stone, forming the ‘Celtic cross’.

If you explore this area you will find other prominent symbols of Ireland on the headstones, such as shamrocks and harps. There is also Catholic imagery and of course plenty of Irish surnames.