This is grave number O-259. These ‘areas of interest’ are marked on the entry signs in the cemetery. 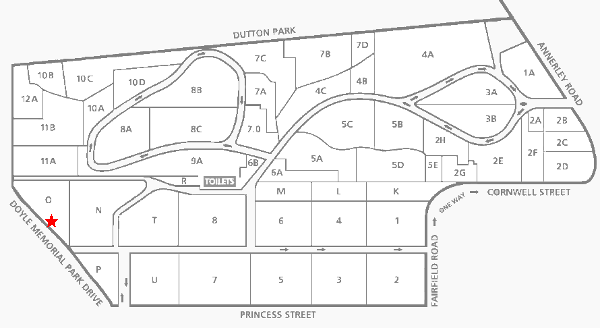 Eliza Gray (1858-1944) taught music for nearly 70 years, including 40 years at her little cottage in East Brisbane. She was born on the Araluen goldfield, New South Wales, where her father was Gold Commissioner, and arrived in Brisbane circa 1894. Eliza was 85 years old when she retired in 1943, and at the time was thought to be the oldest practising music teacher in the Commonwealth.

A Truth newspaper article during the preceding year had described her thus:

“Now 85 years of age, Mrs. Gray is a white-haired, serene old lady to whom a few boys and girls come to learn music at her little cottage, where she has lived and taught for more than 40 years. Her own fingers have not lost their cunning. In her leisure hours she finds relaxation and pleasure in playing the compositions of the masters. Music always has been and always will be a big part in my life. It is a sustaining interest,’ she declares.”