This is grave number 3A-132. These ‘areas of interest’ are marked on the entry signs in the cemetery. 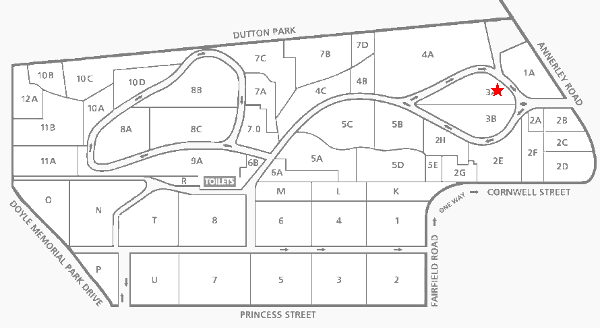 2nd Lieutenant David Martin Gillies, of South Brisbane, represented Queensland in Rugby Union many times during the 1900s. He served in World War I and was shot in the shoulder while leading his platoon in the unsuccessful push to take the summit of Sari Bair, Gallipoli, on 8 August 1915. He was one of five men missing after the charge. By chance, the Brisbane Courier printed a letter on the day of his death in which he informed his brother of his promotion after spending a month in hospital with wounds. It concluded:

“My own wound has hardly left a mark, and I can tell you I am A1. Thanks for your soldierly advice, and you can rest assured we will do all our best for Australia and the Empire – the rest we must leave in God’s hands.”

David has no known grave but he is commemorated both here and on the Lone Pine Memorial, Gallipoli, Turkey.