This is grave number 8B-379. These ‘areas of interest’ are marked on the entry signs in the cemetery. 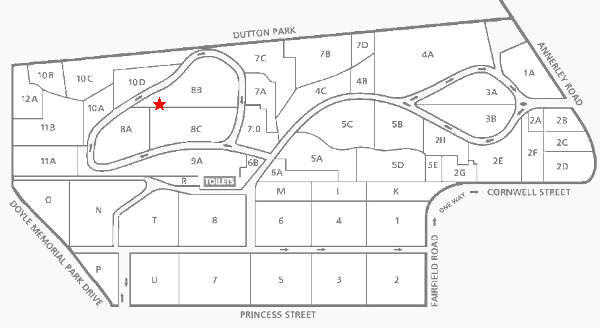 Arthur Francis was a victim of one of the occasional outbreaks of bubonic plague that affected early 20th-century Queensland and resulted in 219 deaths, many of them in Brisbane. Another plague outbreak in 1921 caused 63 deaths, and the last Queensland case was reported in 1922.

Many of the early victims were interred in a special plague burial ground on Gibson Island, in the Brisbane River near Murarrie. This was not far from the isolation hospital on the riverbank at Colmslie. The bodies were wrapped in sheets soaked in carbolic acid, placed in lime-slaked coffins, and then transported on a ‘plague boat’ to the island. They were accompanied only by two warders and a doctor, who was authorised to read the funeral service.

This practice was stopped in 1901 due to protests from victims’ families, as they were not permitted to visit the Gibson Island graves, and so all future plague burials took place in regular municipal cemeteries.

There are at least six bubonic plague victims (possibly more) buried in the South Brisbane Cemetery, including Arthur, who lived at Brighton Road, South Brisbane, and died in April 1902. He was 25 years old.